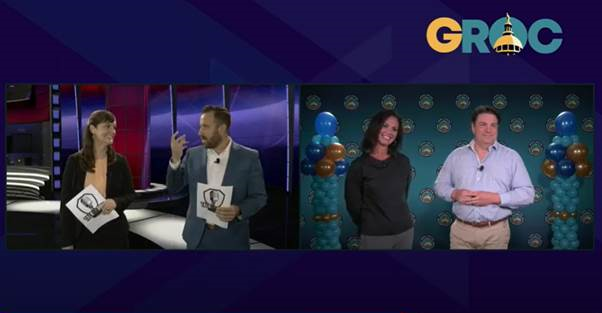 Physical security barriers such as bars, rolling shutters, side folding grilles, and scissor gates add time to a would-be intruder’s smash and grab. The visual deterrent alone of these products is proven to reduce burglary attempts… Read more

Commercial Burglary: Don’t Make It Easy for Them

Consider also exterior window bars and shutters, which are an excellent way of deterring burglars, and fixing safety bollards into the ground surrounding premises will protect against ram-raiders.
Burglars will often try to overcome an intruder alarm system by cutting the signal and filling exterior alarm bells with substances such as foam to stop them sounding. A common ploy is to set the alarm off repeatedly and wait until the police and keyholders stop responding to it, giving burglars more time to act… Read more

The photo of the condo units (above) are on the 3rd through 6th floor, taken in November 2017, after Hurricane Irma in St. Petersburg, Florida. The hurricane-rated impact glass windows did not break from flying debris, but from the wind pressures generated against the glazing… Read more

While 2017 showed an overall drop (5%) coming off of a record 2016, the end of the year shows that robbery and burglary incidents are beginning to pick up… Read more

The employees at QMI Security Solutions, Inc. (QMI) did not sit idly by after the devastation of Hurricanes Harvey, Irma, and Maria and the Mexico earthquakes. Many of the company’s customers, family, and friends live in the stricken communities of Texas, Florida, Puerto Rico, and Mexico. The employees came up with a novel plan… Read more

QMI Security Solutions is under consideration for the 2015 Innovation Prize at the R+T world trade fair for roller shutters, doors/gates, and sun protection systems… Read more

June 28, 2014 was the hottest day of the summer. The last townhome foundation had been poured for the Prairie Green Habitat For Humanity build… Read more

New engineering enables a 13 ft. tall roll shutter to fit into a 7” coil housing, while providing one of the strongest shutters for hurricane protection on the market… Read more

Is that a stadium luxury box window or a hurricane shutter? Actually both!

Florida Atlantic University’s new football stadium in Boca Raton Florida features luxury suites rising above the stadium’s west side seating which will accommodate 22 people each and “will have operable glass windows so guests can experience all the game-day excitement while enjoying a climate-controlled environment,” as stated on the www.FAUsports.com… Read more

Rolling shutters are often used by Original Equipment Manufacturers (OEMs) as they incorporate the QMI security shutters into the design of their kiosks, cabinets, and even airplane jet ways. QMI shutters can be found in most every large US airport. If one is stuck with hours to kill late at… Read more

How can retailers be a smaller target for burglars?

One of QMI’s security shutter protected retailers found that break-in attempts dropped 70% when shutters were added to their storefronts. One of our retailers had 4 break-ins in their first six months of business and lost considerable merchandise. QMI installed shutters 11 months ago and they haven’t suffered even a… Read more

What can retailers do to prevent loss from theft and burglary?

Security guards, cameras, and alarms aren’t a big deterrent for thieves anymore. Sometimes I think ski masks were invented the day security cameras were introduced. No one pays attention to alarm sounds and cops have so many false alarms, they don’t/can’t pay attention either. Okay, then guards must be the answer… Read more